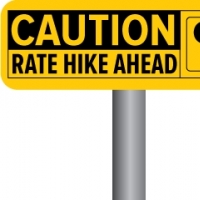 Desjardins joins those expecting Poloz to raise rates in July

Canada’s economy grew for a sixth consecutive month with gains in a majority of industries, underlining the central bank’s view a durable recovery from an oil shock is emerging.

• Fourteen out of 20 sectors grew on the month, led by a 2.7 percent gain in mining and a 1 percent rise in transportation and warehousing
• The expansion over the last 12 months of 3.3 percent is the fastest since June 2014
• Canada’s booming housing market showed some signs of cooling in April, when Ontario introduced measures to constrain the Toronto market. Residential construction fell for the first time in six months with a 0.9 percent decline, and activity by agents and brokers fell 0.6 percent

Canada’s dollar and bond yields jumped this week on comments from Governor Stephen Poloz suggesting he favors raising his 0.5 percent interest rate, with investors betting that could come as early as the central bank’s July 12 meeting. Poloz and his deputies cited gains that are broadening to include more industries and regions, even those most hurt by the fall in crude prices to below $50 a barrel. A Bank of Canada survey of business confidence is due for release later Friday morning, which may further bolster the case for tightening.

Jimmy Jean, a strategist in the fixed-income group at Desjardins Capital Markets in Montreal, changed his forecast Friday morning to predict a rate increase in July. “Given the persistence of the messaging, the motives provided for the change in tone, the ongoing strength of the data and the market’s repricing, the logical culmination of recent developments is a decision to begin rolling back the 2015 cuts right away,” he wrote in a research note.

Doug Porter, Bank of Montreal chief economist: The GDP report “maintains a now lengthy run of Canadian data matching or topping expectations, and forecasts for 2017 growth just keep climbing. ... There’s nothing here to dissuade the Bank of Canada from looking to start removing some of the stimulus, likely starting just next month.”

CIBC World Markets Chief Economist Avery Shenfeld: Canada’s economy is on pace for annualized growth of about 2.5 percent in the second quarter, “more than enough to justify the recent change in tone from the Bank of Canada.”

• Service-industry production increased 0.3 percent while goods production was flat, Statistics Canada said.
• Manufacturing dropped 0.9 percent in April, undoing a 1 percent gain the previous month.
• The energy industry showed mixed results, including a 0.8 percent setback in oil and gas extraction after a fire at an upgrader in Alberta in March. Support services for mining and energy companies jumped 11 percent.
• Retail trade grew 0.5 percent in April, as did the wholesaling industry.