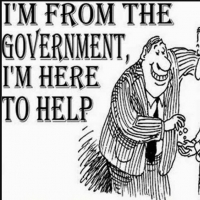 The Federation of Rental-Housing Providers of Ontario (FRPO) and Urbanation joint report says that unless rectified, renting could be rendered as unaffordable as owning.

It also warns there’s an annual 6,250-unit shortfall, which is exacerbated by the absence of new purpose-built rental buildings, and that most of the new rental stock on the market are impermanent secondary units in condominiums proffered by investors.

Jim Murphy, President and CEO of FRPO, says vacancy rates throughout the GTA are dangerously low, and that in Toronto, in particular, it risks falling below 1% -- which could have devastating consequences.

“The vacancy rate is 1.3% in Toronto and 1% in the city’s condo rentals, so there’s a need for government to put in place regulations for new rental housing,” he said, adding that the federal government increased immigration levels to 300,000 newcomers a year, for which a third settle in the GTA and rent. “You can make the argument that with increased immigration you need increased supply.”

Murphy elucidated on the real impediment to owning – that incomes haven’t kept apace housing prices – making rentals the only panacea. Should supply remain stunted, rentals will no longer be affordable.

Urbanation’s vice president says relying on the condo market to provide rental supply is, at best, myopic. There will be a temporal boost in new condo supply over the next several years, but it will still be unstable. Moreover, with interest rates set to increase, condo rentals will become increasing transient.

“Investors in the new construction market are taking a more cautious approach to buying next year, maybe even into the later part of this year,” said Shaun Hildebrand. “Investors are paying prices that are 25% higher than last year, and with the interest rate going up they’ll be facing higher holding costs. They will eventually face costs rising faster than rent, so in the end, a five to 10 year condo investor turns into something shorter. This isn’t who you want to be your sole source of (rental) supply because a condo investor can always sell the unit.”

Both Hildebrand and Murphy said that the rental supply needs to double from its current levels – and immediately.

“We were on the verge of an explosion in purpose-built rentals” before rent control was reintroduced, said Murphy. “We’re still going to see new ones, but we could have had a lot more. Now the majority of projects in the pipeline are transferring over to become condominiums.”