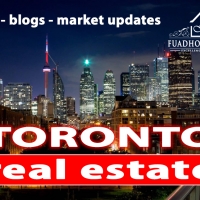 The crazy rise in house prices across southern Ontario (which should have been taken care of then) in 2016-17 was a big money maker for the government. The Public Accounts show the province earned $2.73 billion in land transfer tax, a 29 per cent jump from 2015.

Province was projecting even more land transfer tax 2017-2018, close to $3.14 billion, but due to new regulations RE Market screeched to a halt. As of today Real estate slowdown costs Toronto nearly $100-million, and it could cost taxpayers higher property-tax or cuts to services in next year’s city budget.

Toronto’s cooling real-estate market is on track to cost its municipal government nearly $100-million in tax revenue – something critics of Mayor John Tory warn could force the city to choose between higher property-tax hikes or cuts to services in next year’s city budget.

In a report going before Toronto’s new city council on Thursday, the city’s finance department says that as of Sept. 30, revenue from the city’s municipal land-transfer tax – levied on all property sales – was off by $59.47-million, and is on pace to be $99-million lower than planned when the ink finally dries on the city’s 2018 books.

The city is still planning on a small overall surplus because some departments spent less than budgeted and the city saw revenue increases in other areas.

Toronto’s municipal government, which has an $11-billion operating budget, has become increasingly dependent on the decade-old land-transfer tax, which has grown each year as the real-estate market sizzled and brought in $817-million in 2017. But some councillors – and the former city manager, Peter Wallace – have been warning for years that the city could not continue to gamble on such a volatile revenue source.

In its 2018 budget, the city again banked on receiving the same $817-million it brought in last year. Out of caution, as the real-estate market began to waver, council agreed not to assume any anticipated increase. However, council kept the city’s other main source of revenue, property taxes, at the rate of inflation, as Mr. Tory promised and has since pledged to do again in his second term.

But revenues from the land-transfer tax are sinking, and the city – which by law cannot run an operating budget deficit – could have a tougher time as it crafts its 2019 budget, a months-long process that the new city council is about to start. To recoup a $100-million hole created by the land-transfer tax decline with property taxes alone, with no other cuts or new revenue, residential rates would have to rise by close to 4 per cent next year.

“For the last eight years, conservative mayors have been hiding their austerity behind the land-transfer tax,” said Councillor Gord Perks, Ward 4 (Parkdale-High Park), a left-leaning critic of Mr. Tory who has called for higher property taxes. “Now that game has come to an end. We are either going to have to raise property taxes or cut services.”

In an e-mailed statement, Don Peat, a spokesman for Mr. Tory, pointed out the city is still projected to run a small surplus overall for the year despite the slip in land-transfer tax. Mr. Peat also repeated the mayor’s pledge to again keep property-taxes hikes at or below inflation.

“Every year, Councillor Perks routinely predicts budget calamity and calls for sky-high tax increases – while he is entitled to expressing that opinion, voters have endorsed the Mayor’s fiscally responsible approach that invests in key areas, like transit, while keeping taxes low,” Mr. Peat said.